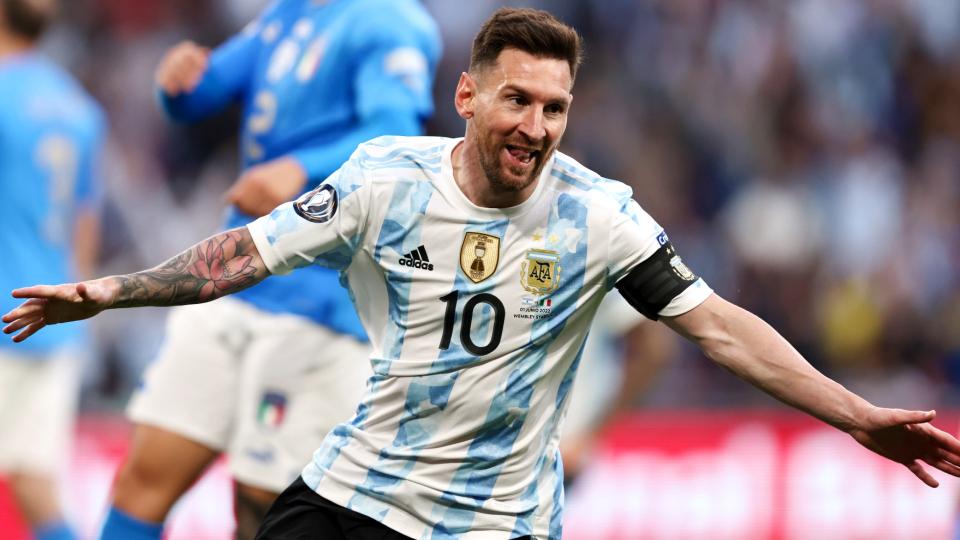 With five months remaining until the highly anticipated Qatar 2022 tournament is underway, Argentina showed why they will be a candidate to win Lionel Messi’s first World Cup.

Messi and Angel Di Maria put on a show at Wembley Stadium as the Albiceleste dominated European champions Italy in a 3-0 win that was even more comprehensive a victory than was reflected by the final scoreline.

Read More: Father’s Day is Just Around the Corner – Make it Nothing Bundt Sweet!

Messi served up Lautaro Martinez for the opener in the 28th minute and then Di Maria chipped Italy’s goalkeeper Gigi Donnarumma for the second just before halftime, as Argentina were simply a cut above in a match dubbed the “Finalissima” between the reigning champs of South America and Europe. The match was played at neutral Wembley Stadium in London in front of a crowd that was decidedly pro-Messi and pro-Argentina.

While the first half was a more even affair, it was one-way traffic in the second half as Messi and Di Maria continued to create chance after chance. Only Italian ‘keeper Donnarumma was able to thwart the repeated chances. But he couldn’t stop Paulo Dybala, who slotted home the ball in the 94th minute after a Messi run left him with the ball at his feet in the Italian box. The goal rounded out the score at 3-0.

Italy will not be participating in the 2022 World Cup after missing out for the second straight men’s tournament when they tripped up in the playoffs despite being crowned the best national team in Europe at Euro 2021. A leaky defense and a punchless forward line were the reasons they were embarrassed against North Macedonia, and things didn’t look any better in Giorgio Chiellini’s farewell match, as he was unceremoniously replaced at halftime.

Argentina helped Messi win his first trophy with the senior men’s national team in July 2021 when they won the South American championship (Copa America). They came away with another trophy at Wembley — the Finalissima triumph came with silverware — but they continue to go from strength to strength under manager Lionel Scaloni, extending their current world-best unbeaten streak to 32 matches and counting. The Argentines last lost a match in the 2019 Copa America final against Brazil.