Pokémon Legends: Arceus may allow players to catch the Mythical Pokémon in the game, but it could ruin what makes the “Original One” so mysterious.

Pokémon Legends: Arceus is bringing a lot of big changes to the long-running monster-catching series, but one of the most exciting prospects is that players might be able to catch Arceus. This popular Mythical Pokémon, known as “The Original One,” is heralded as the possible creator of the entire Pokémon universe. But it’s that kind of importance and intrigue that makes Arceus so popular, and allowing players to catch one in Pokémon Legends could ruin its mystique. 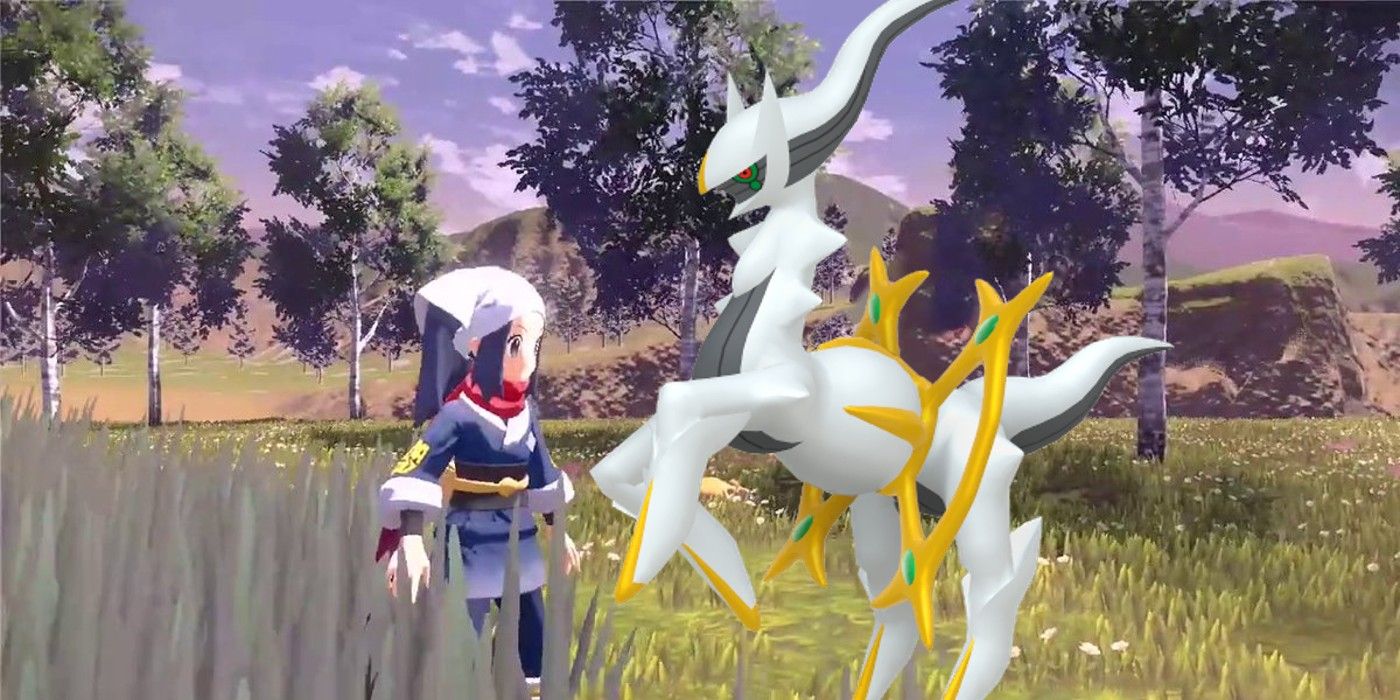 Even outside of these video games’ lore, Arceus has remained plenty mysterious through the years. The Pokémon was first planned for Diamond and Pearl in 2007, and despite players learning of its existence, it wasn’t even officially confirmed until 2009, when the film Pokémon: Arceus and the Jewel of Life was released. Even after this, Arceus was never catchable in a Pokémon game in a traditional sense.
In previous games, Arceus has been an event Pokémon, meaning players could only acquire it during limited-time special events or with download codes (like the GameStop promo during the series’ 20th Anniversary). However, Pokémon Legends: Arceus is changing catching mechanics, and it might finally allow fans to catch Arceus in a Poké Ball and fight the creator Pokémon one-on-one.

Pokémon Legends: Arceus Might Miss What Makes Arceus So Important Admittedly, getting to face “The Original One” in Pokémon Legends: Arceus is pretty exciting, but it risks ruining Arceus’ grandeur. This is the possible creator of the entire universe, after all, and facing it in a simple battle and then capturing it in a Poké Ball seems anti-climatic and like a major letdown. Legendary and Mythical Pokémon have been a staple of the series since the beginning, but these Pokémon have become increasingly unimportant in terms of combat and team compositions, so using Arceus in combat in Pokémon Legends: Arceus may likewise feel underwhelming.

There’s really no good answer for how Game Freak and The Pokémon Company should handle Arceus in the upcoming game. After namedropping the Mythical Pokémon in the title for Pokémon Legends: Arceus, a lot of fans would be disappointed if they can’t catch one. However, allowing them to catch Arceus risks ruining what made the Pokémon so special and mysterious in the first place.

There are plenty of exciting prospects regarding catching in Pokémon Legends: Arceus, but actually getting to capture Arceus could be a lose-lose situation if it’s not handled correctly. More than likely, Arceus will be catchable in the game, but it will need to stand out from the other Mythical and Legendary Pokémon players have caught over the years. With Pokémon Legends: Arceus releasing soon, fans won’t have to wait much longer to see how it all plays out.